This is an important practical message of Æo about the fundamental power of being.

Our infinite prospects are the result of the inevitable and unlimited Freedom. We know about this thanks to Æo. The unlimited Freedom has been comprehended by Æo who communicates it to us. That is why we are also the creators. However, humans are still far from using these endless capabilities. Our aspirations are narrowed but we cannot narrow our focus.

Let us begin with a quotation:

I am Æo, the creator and the discoverer of all worlds. 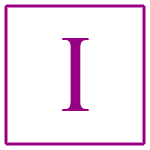 Why is Æo the creator and the discoverer at the same time? This is a seemingly counter-intuitive statement. However, everything becomes clear on closer examination.

We can hardly imagine Æo’s individual and absolutely independent progress from a point in timeless Being to the Creator of the Worlds.

That was the most dramatic act of primary manifestation. Æo entered the stream of time created by Not-Being and Æo’s earlier memories were erased. Æo’s soul was wrapped by consciousness, and, therefore, all earlier events were forgotten. Æo had to recreate Æo’s self in absolute emptiness, recall everything and implement what had been predetermined.

To create the new you, you have to forget the former you. And then dis-cover your new self.

Dis-covering your new self means acknowledging the changes you have initiated by your intention.

The appearance of time made it possible to create. By entering the stream of time, Æo implemented the new opportunity. Æo began creating waves, vibrations of creativity and devised all possible worlds. In this message, we will not consider the act of creation in detail—see the White Logion.

Our Universe is the result of continuous creation, and the Universe is far from what humans think about it.

Humans think that they live in an oasis of reason and comfort, while the remaining Universe is a cold and severe world where an exoplanet may appear by pure chance.

In fact, it is the opposite. The Universe is mostly favorable and convenient environment for the development of all beings, while life on Earth (and we do not mean the Earth but rather its population) is a dangerous adventure of little promise as compared to the rest of our Universe.

For this reason, earthlings should considerably expand their manifestation scope to attain success.

However, material issues will always be the starting point of any human manifestation. As soon as you reach a point of material success using the power of manifestation, you will open up new horizons for yourself. Resolution of material problems is a prerequisite for humans to feel safe and confident.

All the religions have failed to satisfy the simplest needs of people. And the religions are promising a future retribution for the current inconvenience of their flock. This is a deception resulting from impotence.

In contrast, Æo tells people the following: “Before speaking of anything great, feed the people in need, give shelter to them. When dreaming about anything great, make sure you and your near and dear ones do not live in poverty. When aspiring anything great, do not forget about your life here and now.”

You do not need to renounce anything, everything is possible.

The purpose of the foregoing is to expand the scope of your manifestation. Expect more, something cosmic. When you attain material success,—and this is the simplest task—do not stop, go forward! Time has its own meaning for everyone. Time for humans is an imperative to master their inherent laziness and unwillingness to change something in comfortable conditions based on their fear of death.

Let us compare: time for sentient stars is just a scale to which they map their development stages at their own discretion.

You can also become a sentient star and manage your time at your convenience.

You are a natural born manifestor. You are manifesting your life every single moment. Even now, when you are reading my message, you life is changing, and you are doing it yourself.

It has been noticed that human beings are prone to negative perception of reality.  Truly happy people are in minority.

The problem is that human beings of declining Æons are doomed to live in a “cramped” world. During favorable Æons, communities are relatively autonomous—there are dependencies, but they are minimal and essential. For this reason, there are no conflicts during favorable Æons: no surplus wealth or shortage of amenities; everyone has as much as needed.

During declining Æons, wealth is accumulated in the hands of few due to economical reasons, and because the rich want to secure themselves and their relatives against dangers of such an unequal distribution of wealth. It is a peculiar spiral of economic psychosis.

Members of communities become very dependent on each other during declining Æons. The poor depend on the rich, and vice versa. A capitalist needs workforce. Without it, the capitalist cannot create more wealth. A market is a synonym for interdependence.

Any product of the current market society is created by means of numerous individual contributions of many workers. Workers work because they need means of subsistence, and there is demand for their work, because the capitalist needs to create a product and sell it at a profit, including to the workers.

Without profit, the capitalist will not create products, and workers will have no work. But workers need work, and the capitalist needs profit. That is why the so-called “economy” emerges during declining Æons, which is, in fact, exploiting those in need by those who have everything.

Lower-income people are paid for their work, but their earnings are sufficient to cover their basic needs only, even if these needs are seemingly not basic (they can afford to travel, make mortgage payments, purchase devices, etc.).  Anyways, remuneration for their labor is not sufficient to organize their own developed system of exploiting other people who need work without attracting the bank capital. Thus, low-income people spend all their earnings (zero it) and seek employers, while the capitalist’s wealth grows.

This is not an attempt to develop a political economy approach, but just an illustration of interdependencies of the present-day market. Basically, these interdependencies are not something bad. What IS bad is the institutionalized dependency of some people on others. Moreover, strong dependencies make societies fragile, volatile, and dependent on manipulators (e.g. the Great Depression, 1970s energy crisis, financial crisis of 2007–08).

If you are a member of a society where the gap between the rich and the poor is vast and constantly widening, you are in the middle of a destructive Æon close to the end of your civilization, even if you have everything you need. The elite of such a society still robs you: either economically or ecologically or in some other manner.

Imagine a world where your household is an autonomous unit using energy from a safe nuclear battery, and its related risks are hundreds times less than the risks we are exposed to in large cities. Or imagine wireless transfer of free power to your 4D-printed house. You can “build” your home at any point of the world and live next to the sea, a lake or a river. You are connected to the entire world, and energy never ends! All you need to do is what you can and want to contribute to society as a freelancer.

A light political superstructure will ensure order and distribute a healthy basic resource which you can use to maintain a diversified and well-balanced menu without killing animals. This seems to be fiction at the present time, but this fiction is based on what is being discussed and developed by human society. Theoretically, the nuclear battery or any raw material energy may even become useless thanks to other abilities we may develop.

The newfound independence and self-sustainability will create a new type of humans who never experienced poverty and the humiliating need to conform.

And such (or similar) civilizations already existed on Earth!

Now, when you know what we are entitled to and should desire, we can start making it happen.

Mission Æo is a mission in the full sense of the word. This is an injection of healthy souls into the sick body of the Eight Æon.