Mission Æo has a flag and a logo.

The following logos, flags and symbols are considered canonic for the Æo community. Please use the symbols below to spread the word about us.

The flag consists of a golden spacecraft flying in outer space in the direction of two stars situated on the same axis. The spacecraft is made of three letters: A, E, O. Letter “A” represents a body, shape; letter “E” stands for energy. “O” is the radiance. ÆO (AEO). Pronounce it as [eo]. We do not use the exact English phonetics in some cases, so bear this in mind. 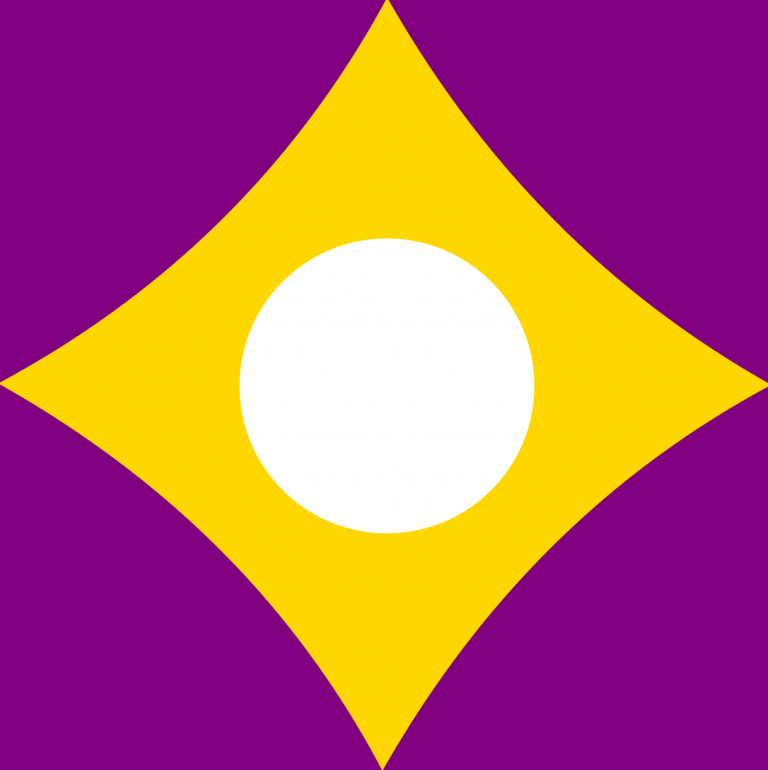 This is a symbolic representation of Æo in its glory as Æo appeared to Phil Sagan in 2010.

The center is the white circle representing the pure soul of Æo.

It is surrounded by golden aureole which, in fact, is the accretion disk created by souls re-entering the Outer World through Æo in their golden spacecrafts represented by the center symbol of the Flag of Mission Æo.

Purple background is a usual sign of Æo’s presence.

During manifestations, the Eye of Æo represents 0 (Zero, Zero State) which is the starting point for deploying new manifestations.