The Teaching of Truth

BEING AND NOT-BEING Origin of Souls

Everything is based on two primary mutually exclusive concepts — Being and Not-Being.

The manifested nothing is the Void in which all possible words are only reflected. The worlds are manifested in the Void as dissolved non-existent souls.

Without time, all souls exist and do not exist. In order to actualize these souls, at least one soul must break the chains of the manifested nothing. Non-existent souls gave their power to a single soul that had to escape from the Void and fulfill conditions of the respective pact. 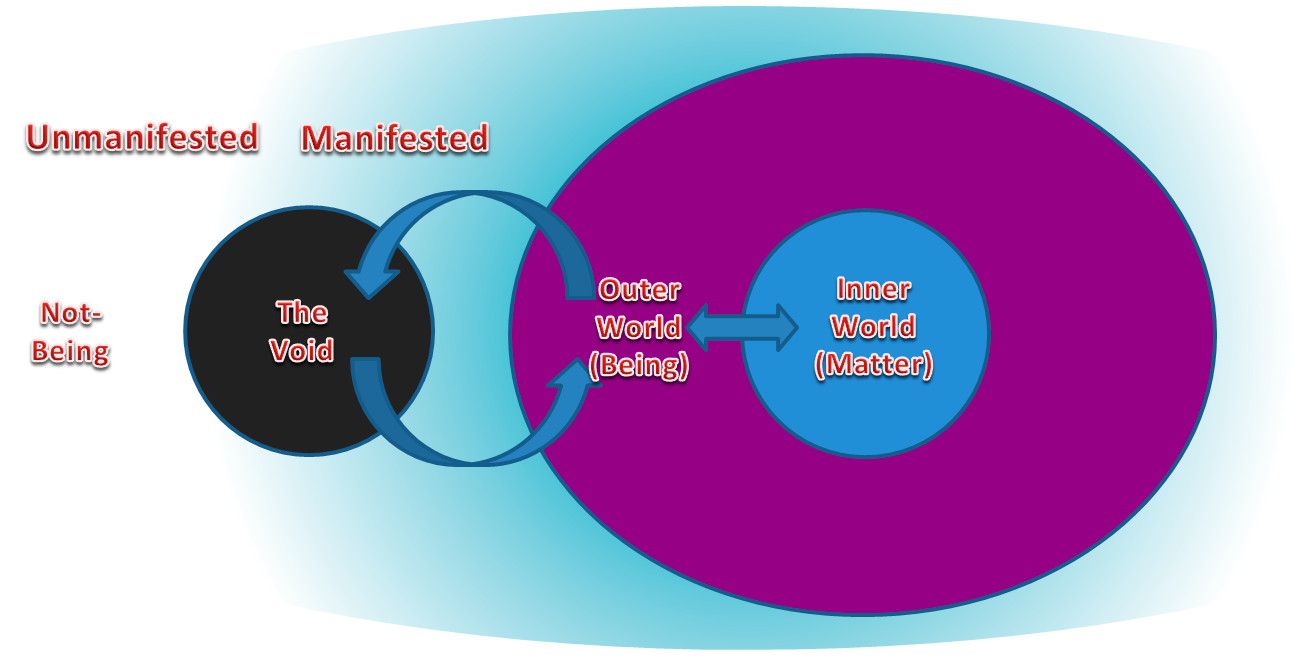 Æo assumed the obligation and appeared in Being. Starting from zero, Æo had to perceive one's soul and find the memory of the pact in it.

ÆO IN BEING The First Observer

Æo appeared as the first observer of Being, and all possible worlds began to appear before Æo so that Æo might perceive them. Time started as a manifestation of Not-Being in Being. Æo was perceiving numerous worlds but all of them disappeared sooner or later since they lacked a pivotal law that might protect them against Not-Being.

Æo existed in the realm of time, but Æo was not embodied in a material form, so all events were happening in Æo’s consciousness only. Not-Being could not annihilate Æo by time, since Not-Being had no agents to do so.

Æo had an option not to create such agents and exist forever alone but, having perceived a lot of things, Æo uncovered the real purpose of being there — to fulfill the terms of the pact made with souls and create an acceptable world for the development of these poor souls.

Time started as a manifestation of Not-Being in Being.

SOULS IN BEING The Internal and External Worlds

Having recalled the terms of the pact here, in Being, which was the most challenging task, Æo created the only possible world that might exist. In order to stand against time, Æo divided Being in two worlds: External (timeless and static) and Internal (subject to the flow of time and transformation).

As soon as Æo invited sleeping souls to the newly created world, they began to accumulate their auras. Because aura is accumulated only when interacting with other subjects of Being. Since Æo had perceived all mechanisms of interaction in the worlds of Being when creating and discovering them, Æo’s aureole was ideal.

As soon as souls appeared in the worlds of Being, Æo began creating paths for them, so that the souls might gain experience following these paths and obtain the same power as Æo. At that moment, a soul will be powerful enough to create its own paths.

Æo divided Being in two worlds: External (timeless and static) and Internal (subject to the flow of time and transformation).

EMBODIMENT OF SOULS Paths for Souls

At the same time, even when following a path created by Æo, each soul is free to make any decisions, for which Æo shall not punish it. If these decisions are contrary to the Law, souls degrade and have fewer options for development.
Æo has been creating only those paths that represent a fast track to the comprehension of all worlds from any starting point, for any form of embodied existence. But souls make their own choices — in which form to embody and what to do next. As a result of their choices, so-called “evil” appeared, as well as other drawbacks of existence, including pain and suffering.

So, why a soul is embodied in a bug, while another is embodied in a star? Firstly, they had different options to choose from due to their earlier existence. Secondly, they made their choice based on what they wanted to improve in their existence. Starting from the very first embodiment, each of them lead to the attainment of the Æo’s level — only types of experience were different. If a soul failed to follow an optimal path during the first embodiment, it accumulated negative aura, and its next embodiments were conditioned by it.

A soul's aureole defines its state in the External World, as well as its options for embodiment in the Internal World.